As a year-end present, Blue Frog Robotics has sent a special present to all Buddy’s early adopters’ developers. The initial intention was to keep this as a low key event. However, thanks to the combination of social media and the French Post early notification delivery system, speculations on the content of the delivery took our social community by storm !

An unpacking eventually occurred, and our first early-adopter-developer unveiled the gift for all the rest of us to see on Social Media : a beautiful black T-Shirt with our favorite robot image drawn on both sides, along with the Blue Frog Robotics insignia on the back. In addition, a handwritten letter from Blue Frog Robotics founder and CEO Rodolphe Hasselvander was included in the package.
We want to Thank Blue Frog Robotics for this nice gesture, a nice appreciation of all the support they received during the Indiegogo campaign last summer ! 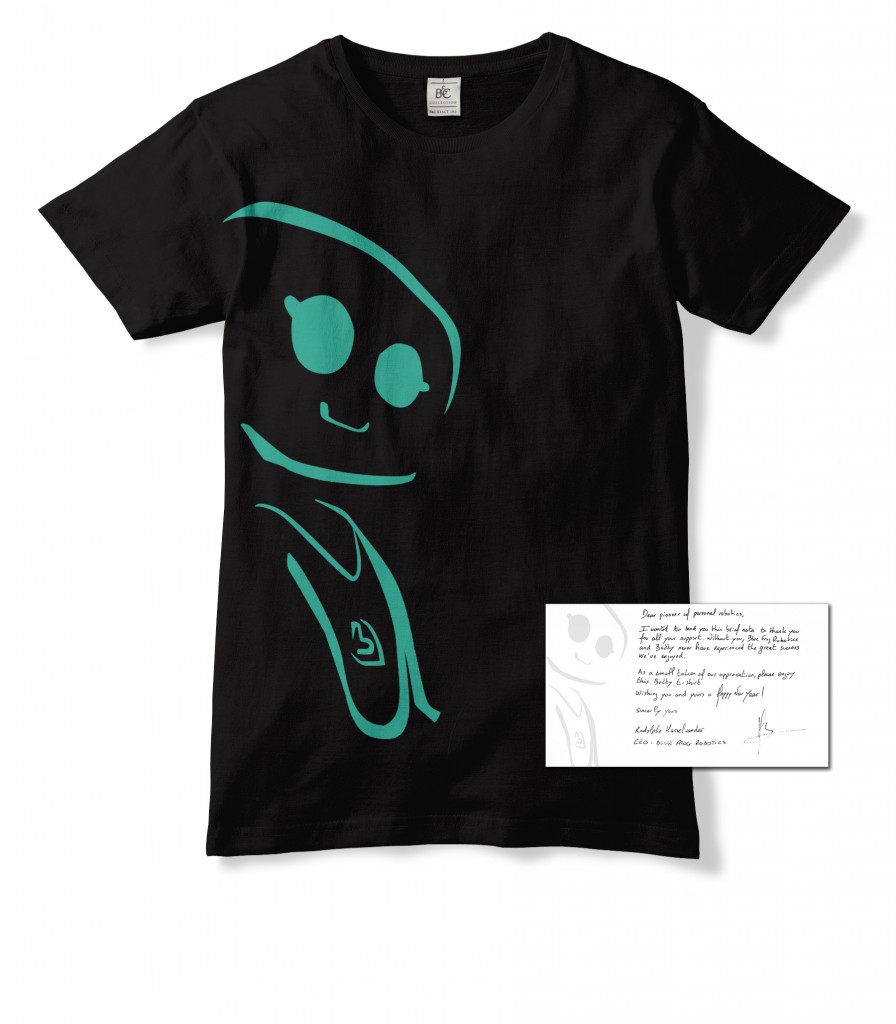 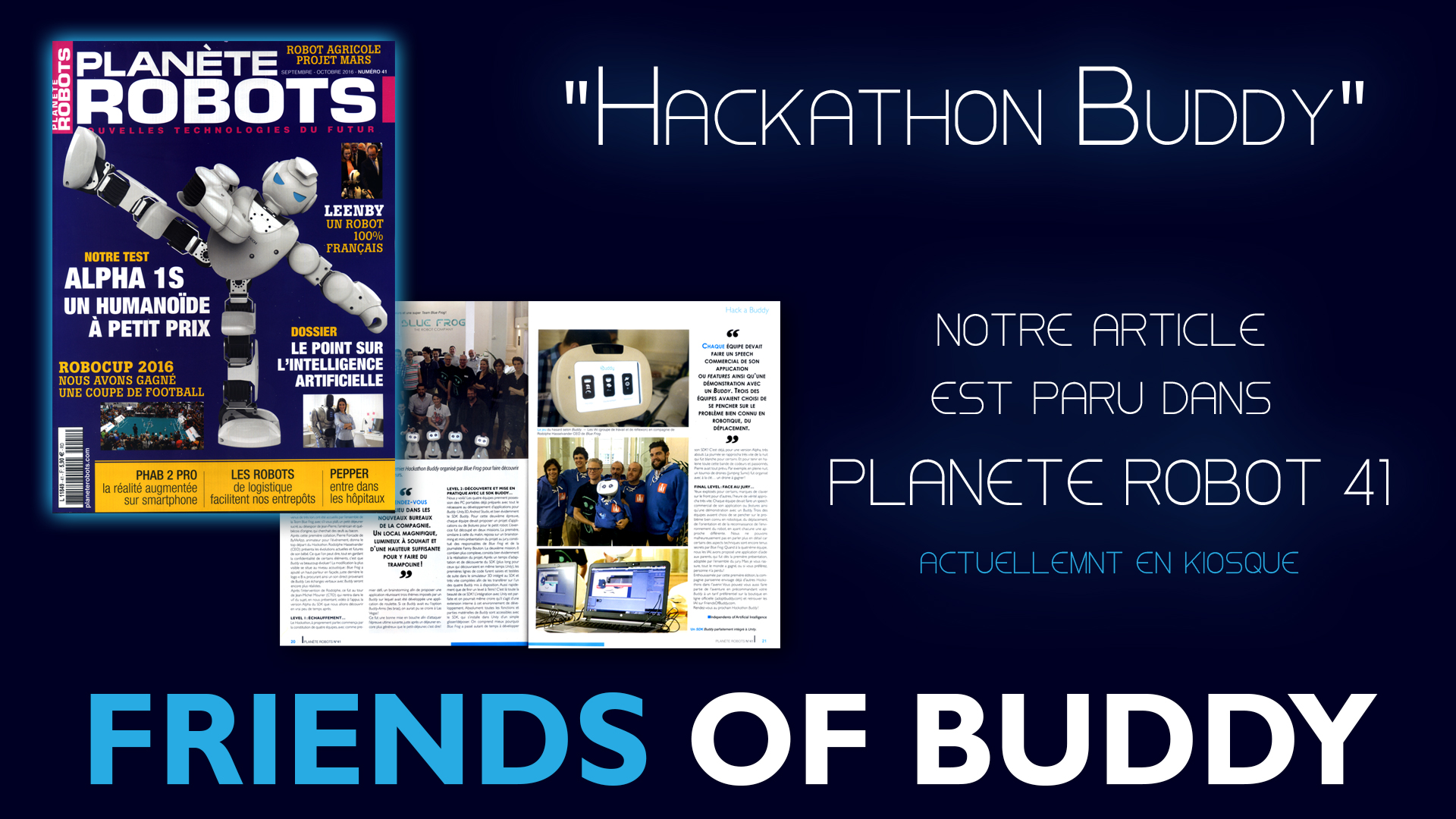